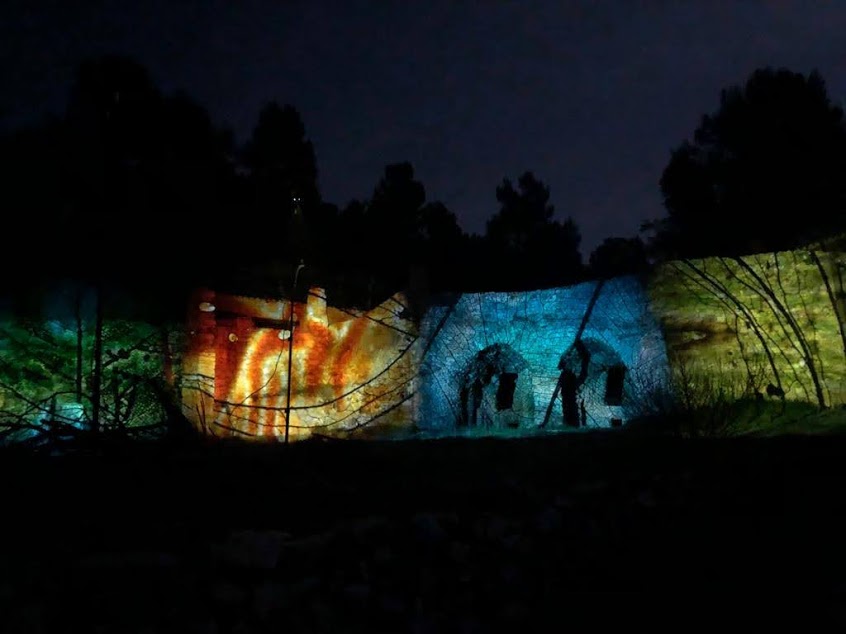 A visual montage of shapes, textures, colours and serendipity. A unique game to explore the interaction with objects and its multiples derivations. A proposal to observe the reality from different perspectives.

The exhibition is composed of sen­sitive structures in suspension made of bamboo and leaf skeletons. With ambient light the hanging mobiles can be observed. With the room in darkness, these mobiles become screens on which the images made using organic textures of leaves and their skeletons are projected.

From the outset, the game proposes observing at a glance the hanging mobiles, movements, shapes and effects of the projection. Following with an alternative view of reality from a kaleidoscopic perspective. A fully subjective experience where observation angles, rotation mo­vements and approximation forms transport to a new dimension.

During the opening and closing of the exhibition, the visual montage will be extended to the outside of the room. Various images will be projected on the facade of the Forn de la Calç. In the room where the bakers rested, it will be possible to observe a projection of an image on a smoke screen. 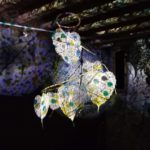 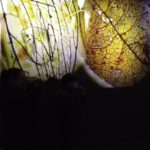 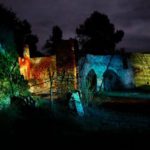 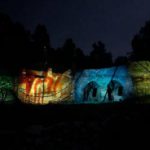 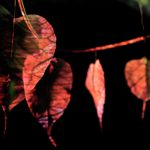 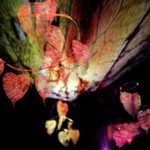